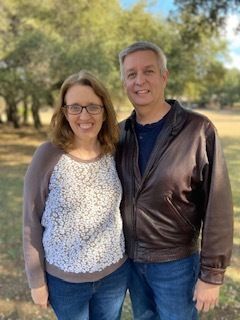 Shawn was born and raised in Fort Worth, Texas. He majored in education at Harding University where he fell in love with his sweetheart, Janice, and married her in 1991. They have fond memories of struggling through graduate school while teaching in Arkansas. After Shawn completed a Masters in Administration, he and Janice spent two years at a Christian International School in Korea where he served as Elementary Principal, and she taught ESL and first grade. They adopted their daughter, Courtney, prior to returning to the states. Three years later, while teaching in Indianapolis, their son, Clayton, was born. As a family that loves adventure, the Hulls and their young children spent a year in Taipei, Taiwan, working for the Ministry of Education teaching kids and training teachers.

A word from the Executive Director's desk:
There is no greater honor than to have the privilege to work together as a team for the spiritual enrichment and physical care of His children. It is a privilege to work with the compassionate and competent staff that we are blessed with here at Cherokee. When considering the lives that the Home has touched since 1958 and the monumental work that those who came before me have completed, I am honored and humbled at the opportunity to serve. I will continue to pray for the wisdom to lead our campus and would greatly appreciate your prayers as well.